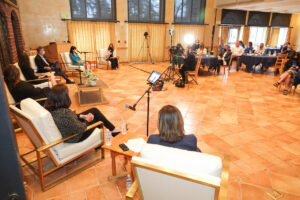 See full gallery thank you to All Digital Photo & Video

The Meetings Industry Council (MIC) of Colorado and the Colorado Event Alliance (CEA) hosted the Meetings Mean Business Global Meetings Industry Day (GMID) virtually and complimentary on April 8th from 3:30 – 5:30 p.m.  “The Future of Navigating Live Events: A conversation with planners and venues.” We joined together for a conversation between venues and planners about how we collaborate to navigate the return to live meetings and events and how we meet safely.

Kimberly Forte is a proud Denver Native, selling for the beautiful, Waikiki Beach Marriott Resort & Spa. She currently lives Colorado with her husband, two children and two puppies. When she is not creating experiences for her customers, she is making memories with her family and friends. Cooking, sipping wine, enjoying the outdoors, traveling and laughing are simply, her favorites.

Kimberly’s background has always been in the hospitality industry where she originally started her career 16 years ago. As a sales leader in the industry, she has given her customers memorable experiences within Loews Hotels, The Brown Palace Hotel and Spa, the Gaylord Rockies, Marriott International and currently, the Waikiki Beach Marriott Resort & Spa.

“When you are passionate and involved, you will increase your learning opportunities, grow your network and refine your skills,” she says.

She has held numerous leadership positions through non-profit organizations such as the Professional Convention Management Association, Society of Government Meeting Professionals and is current Chair of the Meetings Industry Council. Her communication skills, negotiating skills and her customer service will allow you comfort when booking your meetings and events.

“I truly love this industry; the people, the culture and the excitement when an event comes together.”

This journey is not just a transaction in Kimberly’s eyes. It truly is an experience.

In her current position at Hyatt Regency Denver, Rosana oversees meetings and events taking place in its 60,600 square feet conference space, along with a staff of event professionals as well as the events services and culinary teams that service as many as 1,200 events/programs a year.

Hyatt Hotels Corporation recognized Rosana as a recipient of 2019 Hyatt Events Leadership Award for her outstanding leadership and performance.

Upon graduation from the University of Denver in 2004, Michael Claire Tedford, CMP began her career in the convention and trade show industry while working for a general services contractor in Denver.

After this experience, Michael joined the Colorado Convention Center as a Sales Manager, working with the mid‐Atlantic association market. In 2009, she transferred to the Event Management department, where she spent several years as an Event Manager, before being promoted to Senior Event Manager. During this time, Michael earned the Certified Meeting Professional (CMP) designation.

In 2013, Michael was recruited to join the Meetings Department at American Society for Microbiology in Washington, DC, as the meetings logistics lead. Michael coordinated the details for city‐wide meetings ranging from 6,000 to 10,000 attendees.

Following this, Michael relocated to San Diego to work on the operations team at a destination management company. This allowed her to work at numerous venues across Southern California, while managing corporate events.
Michael rejoined the team at the Colorado Convention Center in 2018 as the Director of Event Management. In 2019, SMG, the company that manages the Colorado Convention Center merged with AEG Facilities to create ASM Global, the largest venue management company in the world with over 300 arenas, convention centers, and other venues across five continents.

During her career, Michael has been involved with the Professional Convention Management Association (PCMA), both at the local and national level. In 2013, Michael was featured in Colorado Meetings + Events Magazine’s Hall of Fame as the Up‐and‐Coming Special Event Planner. 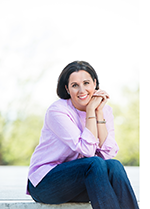 Ali is a proud native who grew up in Denver while attending East High School and continued her education at the University of Colorado where she graduated with a degree in Marketing and her MBA in Management. After completing many successful events in Corporate America, Ali decided to pursue her passion and create an Event Planning company that would support all types of events in the Colorado market.
When she’s not in “event mode”, you’ll find Ali having her hands full with her new puppy Millie. She loves nothing more than a great catch-up with close friends and enjoys exploring the beautiful outdoors that Colorado has to offer. She prides herself on finding stylish yet comfortable shoes that she can wear from dawn to dusk when she’s working your next event! 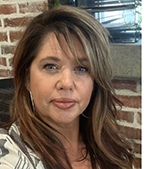 Stephanie Helzer is the Director of Sales and Marketing at Mile High Station and Ironworks, both historic event venues in the heart of Denver, CO. She loves helping people see their visions for their event come to life, creating marketing campaigns, and the challenge of sales. She has spent the majority of her career in sales in various industries. Gaining experiences in areas such as; medical devices, alcohol beverage industry, and the hospitality industry. While sales and marketing are her primary job functions by day, Stephanie also enjoys camping and spending time with her family.

Kay Rogness is the Executive Director of the FRVBC Foundation, which is a 501(c)(3) that conducts the Colorado Crossroads Girls National Volleyball Qualifier annually. Crossroads is one of America’s largest indoor volleyball tournaments, and it enables junior high school and senior high school teams to compete for a bid to the USA Volleyball National Championships each year.

The event has been coming to downtown Denver since 1996, bringing as many as 58,000 people, creating an economic impact as high as $25 million per tournament. 2019’s event included over 1,450 girls’ volleyball teams with 14,500 athletes from more than 32 states playing over two weekends in late February or early March, a traditionally slow time for hotels and restaurants.

Then came 2020 – the tournament was able to hold one weekend of the tournament but had to shut down a day before the second weekend could take place because of COVID. “We were the last group out of the Convention Center in 2020 – we closed the doors and turned off the lights behind us. Now it looks like, in 2021, we’re going to be the first group back into the Center since the virus hit.”
Since 1996, Kay has been the tournament director and driving force behind Crossroads. Because the teams come from all over the country, a trip to Crossroads is the first time many of the players and coaches, family and friends have been to Denver. Over the years, hundreds of thousands of young girls playing in the tournament in Denver have developed a love for the city, returning over and over again as tourists and tournament participants. Considering the immediate economic benefit, the longevity of the event, and the residual tourism it has generated for decades, this is one of the largest and most economically significant conventions that Denver hosts. Due to that, Kay was elected to the Denver & Colorado Tourism Hall of Fame in 2015.
Kay was born and raised in Pennsylvania. She made her way from Illinois to Denver when she enrolled in the University of Denver School of Law. After finishing law school, she practiced in Chicago for a time, but returned to Denver in 1994, where she has been ever since. She has two daughters and three grandchildren.

In addition, Michael manages Marriott’s meeting, event and tradeshow division, producing internal sales and external customer facing events across all segments and within all premium and luxury brands. Further, he is responsible for all of Marriott’s sponsor and partner programs with all industry associations and organizations.

He and his team recently launched Marriott’s series of hybrid events – Connect With Confidence & Hybrid Event Learning Labs – showcasing an effective planning approach to both virtual and in-person events with the purpose of encouraging our industry to once again consider face-to-face business events within a well-being environment.

Global candidates can take exam at home via remote proctoring or at a test centre, with year-round testing now available Washington, DC, USA – In its ongoing effort to support industry professionals seeking to earn their Certified Meeting Professional (CMP) END_OF_DOCUMENT_TOKEN_TO_BE_REPLACED